The 13th edition of the South African Film and Television Honours took place on Saturday the 2nd of March 2019 at Sun City. The event is all about honoring the country’s most outstanding production, acting, script-writing, and also icons in the film and television market. From glitzy designer gowns to striking slim cut suits and with red buttons, the local stars certainly brought their A-game. 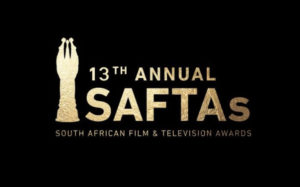 The Hosts of SAFTAs13

The judging process is separated into two phases. The first phase of judging began in November 2018. A total of 250 SAFTAs judges are then grouped into boards based on skills. The judging process is then guided by the overall judging heads, South African singer, actress, and playwright Thembi Mtshali-Jones and producer Firdoze Bulbulia.

The panels further receive content submitted by numerous production houses in their selected categories. All content experiences an internal and external confirmation process. The confirmation processes safeguard that producers have entered their gratified content into correct categories and that every submission is effective in terms of the entry guidelines. This year, the appointed external auditors were OMA Chartered Accountants Inc. and they completed their first external verification process.

Winners of the Event

Check out the winners at the SAFTAs13