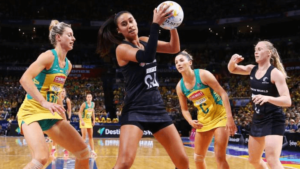 The World Cup was won by Australia in Sydney in 2015, and the next one that will be taking place this year will be held in Liverpool in July.

The president of the International Netball Federation (INF), Molly Rhone, said to host the tournament in South Africa brings a great joy.

“We were pleased to receive two excellent bids and the INF Board was content that both Netball South Africa and Netball New Zealand are capable of hosting a successful and electrifying NWC2023,” she said.

“The INF Board also decided that the important investment the South African Government and Western Cape are prepared to make over the next coming four years in netball amenities and coaching programmes in SA. The African mainland and beyond are going to deliver a great impact on the development of universal netball.

“It is an exhilarating time for netball right now. Netball is growing in admiration and also at an extraordinary rate worldwide.”