Home » Breakdancing to be added at 2024 Olympics in Paris

Breakdancing to be added at 2024 Olympics in Paris

Breakdancing is one of the four extra sports that are expected to be added at the 2024 Olympic Games taking place in Paris. Other games are surfing, skateboarding and sports climbing. The list of the sports to be added are due to be announced on Thursday by the local organizing committee (OCOG). Moreover, they must be signed off on by the International Olympic Committee (IOC). 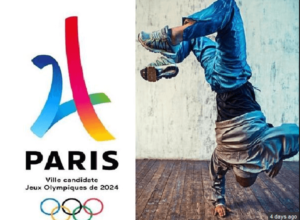 2024 Olympics in Paris And Included Sports

Their addition will now be on top of the 28 sports that are already on the programme, even though the Paris 2024 committee has not approved the reports to AFP. Breakdancing is an acrobatic style of street dance set to funk music or hip-hop. The dance will be making its first entrance in the Olympics, while the other three sports will be introduced in Tokyo at the 2020 Games. Karate and softball/baseball, all form part of the Tokyo programme and they are also candidates including squash, which has been rebuffed repeatedly. About 20 disciplines from the federations that are recognized by the IOC have applied to be added. Local organizers should submit the suggested list to the IOC, which will that a decision in December 2020.

Breakdancing first appeared in Buenos Aires at the Youth Olympic Sports, in the form of battles or duels, and they were judged by judges and they fall under the backings of the World Dance Sport Federations (WDSF). The OCOG and IOC said the number of athletes participating will be capped at 10,500, a discount from the Tokyo maximum, for the 2024 Olympic Games, which it limits the hopes of team sports. The Local organizers suggested the need for the building of new permanent venues which would most likely count against sports that are pushing to be included.